The puzzles from this category perform operations with the camera. 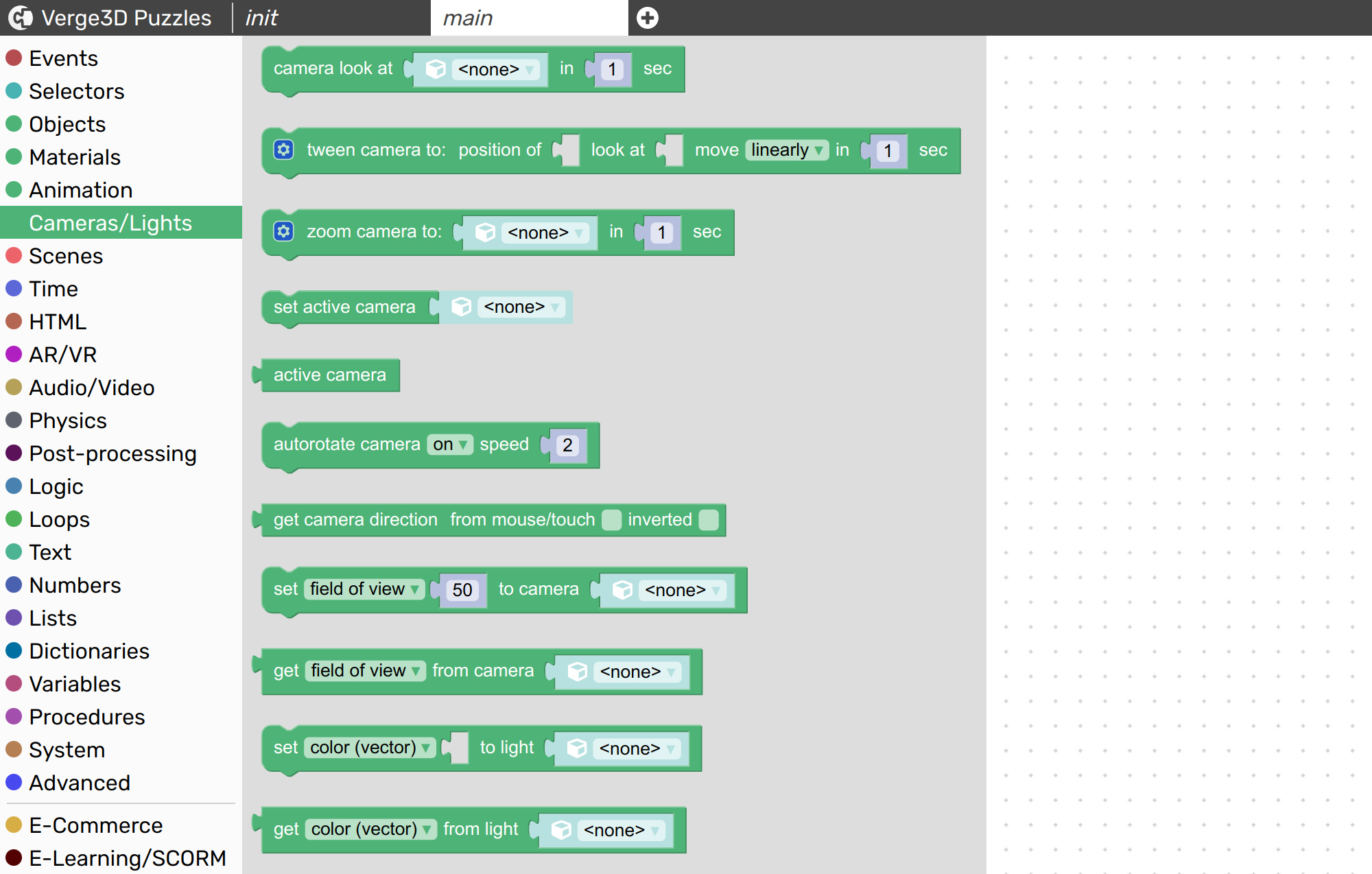 Smoothly animates the active camera so that it finally targets a specified object. The numeric parameter specifies the time period over which the animation is performed (in seconds).

Smoothly animates the active camera so that its position finally coincides with the position of a specified object, and the camera targets another specified object. The numeric parameter specifies the time period for the animation (in seconds).

The optional when finished do slot may be used to detect the moment when the tweening is finished. 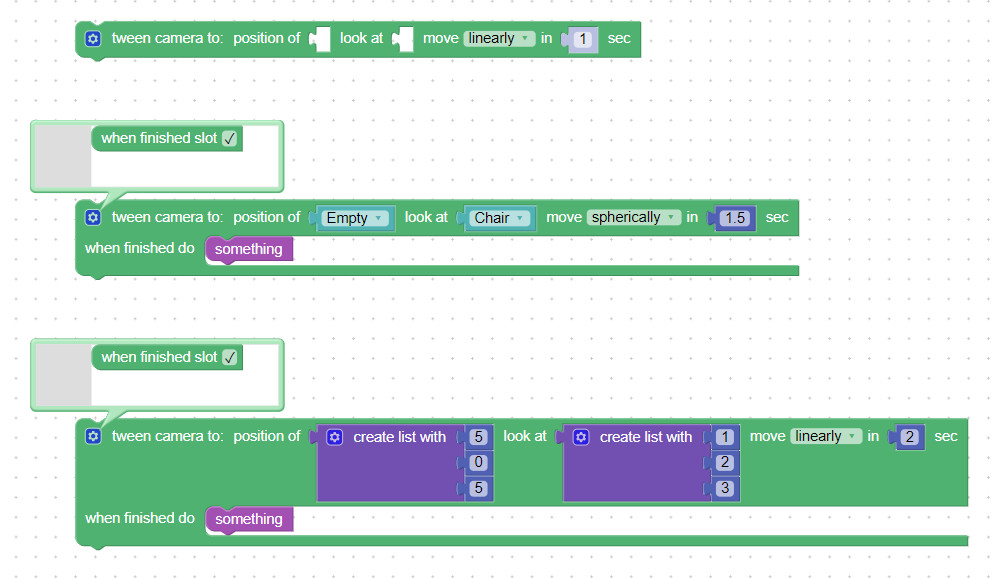 Makes a specified camera active. This can be used to change camera control mode ("orbit" vs "flying" vs "no controls"), field of view and other settings on the fly.

In the following example, an object looks at the mouse cursor. This can be achived by mapping the position of an empty/dummy object to mouse cursor with some simple math.

In order to setup such behavior in 3ds Max, make your object follow a dummy object by utilizing the Rotation Controllers / LookAt Constraint. In Blender, this corresponds to the TrackTo constraint.

Smoothly animates the active Orbit camera by rotating it around the target.

In the following example, the camera starts to rotate after 3 seconds of user inactivity. When the user clicks a mouse button (or touches the screen), he or she regains the control over the camera until further 3 second period of inactivity. 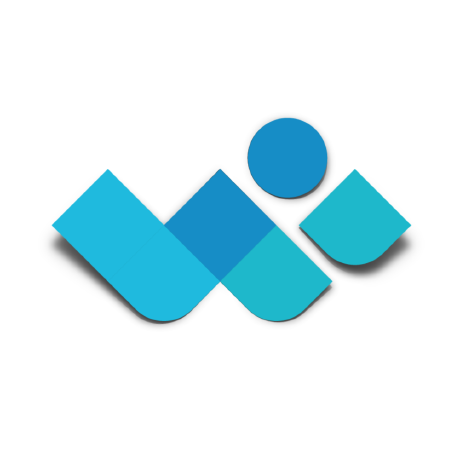